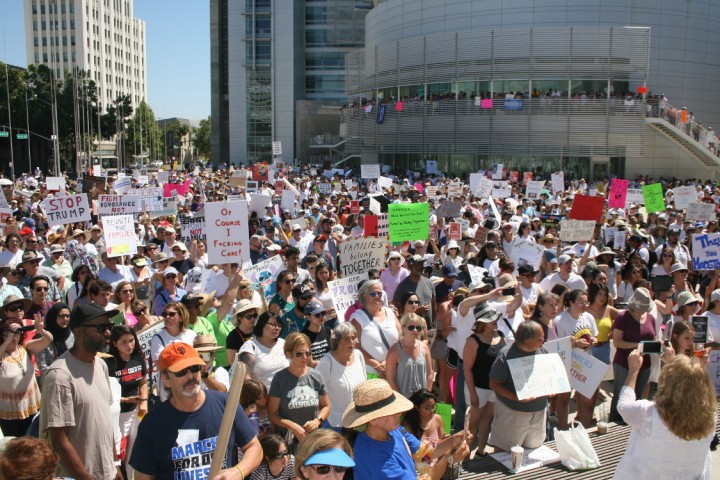 Over a thousand people including families, students, community members, local church members, and hundreds of new activists gathered at San Jose City Hall on June 30, 2018 to protest Trump’s policies that separated immigrant children from their families. It was part of the larger nationwide movement of over 700 cities across America to protest Trump’s regressive immigrant policies.

Trump’s “zero tolerance” policy is reminiscence of the internment of Japanese-American during 1942 to 1945. The over 2,000 immigrant children still separated from their parents are housed in a modern day equivalent of concentration camps.

This rally shows that there is a growing movement to protect immigrant families from terror, intimidation, and persecution.