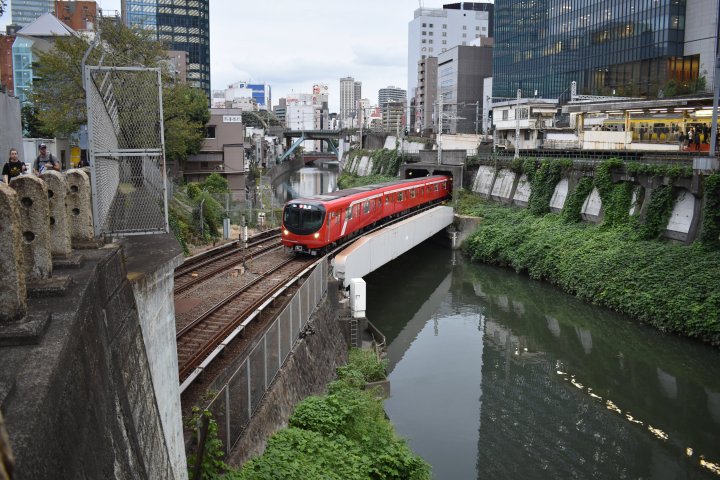 The Marunouchi Line is a subway line in Tokyo. It’s route is between Ogikubo Station in Suginami-ku in west Tokyo then running eastbound through Shinjuku, after that it runs through Tokyo Station eastbound, it finishes at Ikebukuro Station near the Yamanote Line. The Marunouchi Line was built after the war and was completed in 1954 and was named after the Marunouchi district near Tokyo Station. It is the one the most busiest and crowded of the subway lines in Tokyo and runs both below and above ground. The subway has a unique third-rail electric system and it’s cars are only 18m per car. Recently in early 2019 the new red colored 2000 series trains came into service with lower power consumption and wheelchair and stroller access.